Irving Steinberg (born Israel Isadore Irving Steinberg) was a lawyer, philanthropist, and civil rights advocate who made significant contributions to the city of Charleston, South Carolina.

Steinberg was born in 1901 to a Jewish family in Charleston. He experienced discrimination firsthand as a child, and this motivated him to help other groups that were also disenfranchised.

He became a lawyer and used his platform to fight for the rights of African Americans, women, and other minorities.
He was a key figure in the Civil Rights Movement in Charleston, and he helped to desegregate the city's schools, businesses, and public facilities. He also worked to establish equal housing opportunities for all residents.

As a child, Irving Steinberg had polio which resulted in him using crutches for his entire life. This wouldn't slow him down as he went on to earn an undergraduate degree at the College of Charleston and went to law school at the University of South Carolina School of Law. Steinberg was admitted to the bar in 1924. To this day, there is a scholarship at the USC School of Law.

Steinberg was a generous philanthropist, and he made significant donations to many local organizations, including the Charleston Symphony Orchestra and the Medical University of South Carolina.

He passed away in 1998, but his legacy continues to live on through the many people and organizations that he helped during his lifetime and the many people in South Carolina that have been helped by the Steinberg Law Firm. 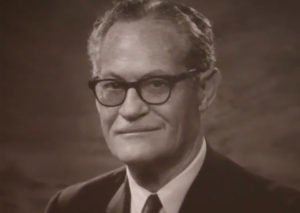